WE LIVE TO ENTERTAIN YOU

In the beginning, 1978, our company’s interest was specializing in the production and management of water ski shows, thus was born the name Water Ski Shows, Inc.

Thirty-four years later, we find ourselves still in the business or producing water ski shows. However, along the way we added much more to our entertainment portfolio.

Water Ski Shows, Inc. (WSSI) is now the world’s largest producer/manager of water ski shows, stunt shows, children shows, and street entertainment throughout the U.S. and around the world and is the largest supplier of talent in the live action water ski and stunt community in such shows as:

WSSI Expanded from operating some of the worlds most recognized and highly rated water ski shows to include operating “Live action stunt shows!”

These stunt shows command top ratings in each of these parks! Again, WSSI remains committed to innovation and the highest standards of live show performance.

In 1996, “WATERWORLD” won the TEA Award for “Most Outstanding Achievement!”

In 2001, “Lethal Weapon” enjoyed its 6th consecutive season with WSSI.

WSSI was contracted by Walibi Flevo (WF) in the Netherlands to produce, staff, manage, and operate a water ski/stunt show.

After one season of successful shows at WF, 1997 brought another contract to produce, manage and operate “Back To The 50’s,” a story driven water stunt show which included extensive stage work, i.e., 3 dance numbers, 2 fight scenes and 3 songs performed live. The lead character “Pinky” is a female vocalist and is supported by a strong cast of characters. This show received such high ratings, we were asked to reinstall the show for the 1998 season.

In addition to “Back To The 50’s,” WSSI was contracted to reinstall, manage, and operate King Solomon’s Mines Stunt Show. We also produce, manage and operate a Children’s Show in a Street Entertainment Concept.

WSSI produced “Back To The 50’s” in Mulwala, Australia. This was a five-week engagement. The show was sold as a marketing vehicle to promote business at the Mulwala Casino and Restaurant.

Celebrated 15-Year Anniversary at Holiday Park. A special presentation show included a 45-foot jump from a helicopter, to a barefoot ride with a finish on stage.

WSSI produced and installed an exciting new water ski show with stunts and SFX in Holiday Park, Germany. It featured choreographed stage work including multiple fight scenes and rappels from the stadium roof, a slide for life, and high fall with pyro hits from a tower, resulting in a dramatic increase in show ratings!

The addition of The New Marine World, Ski Show to the line up was very exciting that year. We produced a very fast paced, efficient, and productive show that replaced their “in-house” production. The show was delivered to the park on time and installed completely turnkey. This show provided The New Marine World Theme Park with a stronger entertainment value at a lower cost.

In 2002 WSSI produced, installed and operated an all new high adrenaline Ski-X-Treme Show at Six Flags Great Adventure and Six Flags Marine World. Water skiing professionals from around the world thrilled audiences with high flying “Extreme” water skiing. The competition element turned perfectly respectable spectators into screaming kids. The popularity of extreme sports proved to be a great marketing tool for both parks, transitioning the spirit of competition with the spirit of Americans, set in a patriotic theme.

WSSI was contracted by Nashville Shores to present a high impact water stunt show as an effective marketing tool for attracting attendance to the water park. The show was well marketed and created a great deal of excitement which resulted in a significant increase in attendance at Nashville Shores.

WSSI was contracted by Merlin Entertainment to present a water ski show in LEGOLAND Florida. It is a Lego branded water ski show, presented 4 times a day. It is a very unique show with a target audience of young kids, who really enjoy the show so much! This show features skiing Lego characters along with spectacular water skiing, jet skiing, boat action, IE jumping, bare footing, wake boarding, hydro foiling, swivel skiing, and much more. WSSI provides and manages all the talent for the show.

WSSI continues to staff and manage the very successful Legoland waterski show, “Battle For Brickbeard’s Bounty”. This unique show production continues to evolve and grow as it earns top ratings at the park. 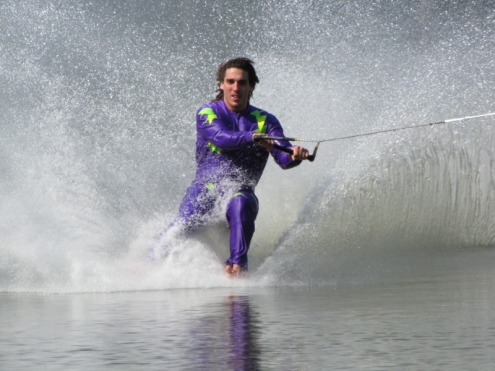 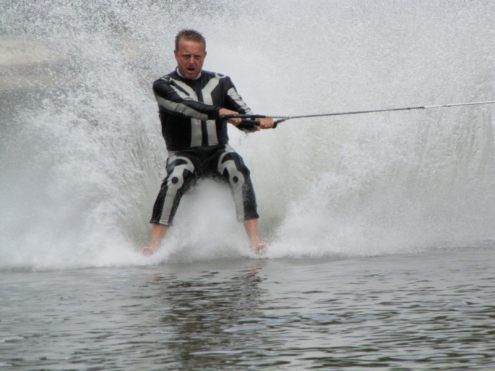